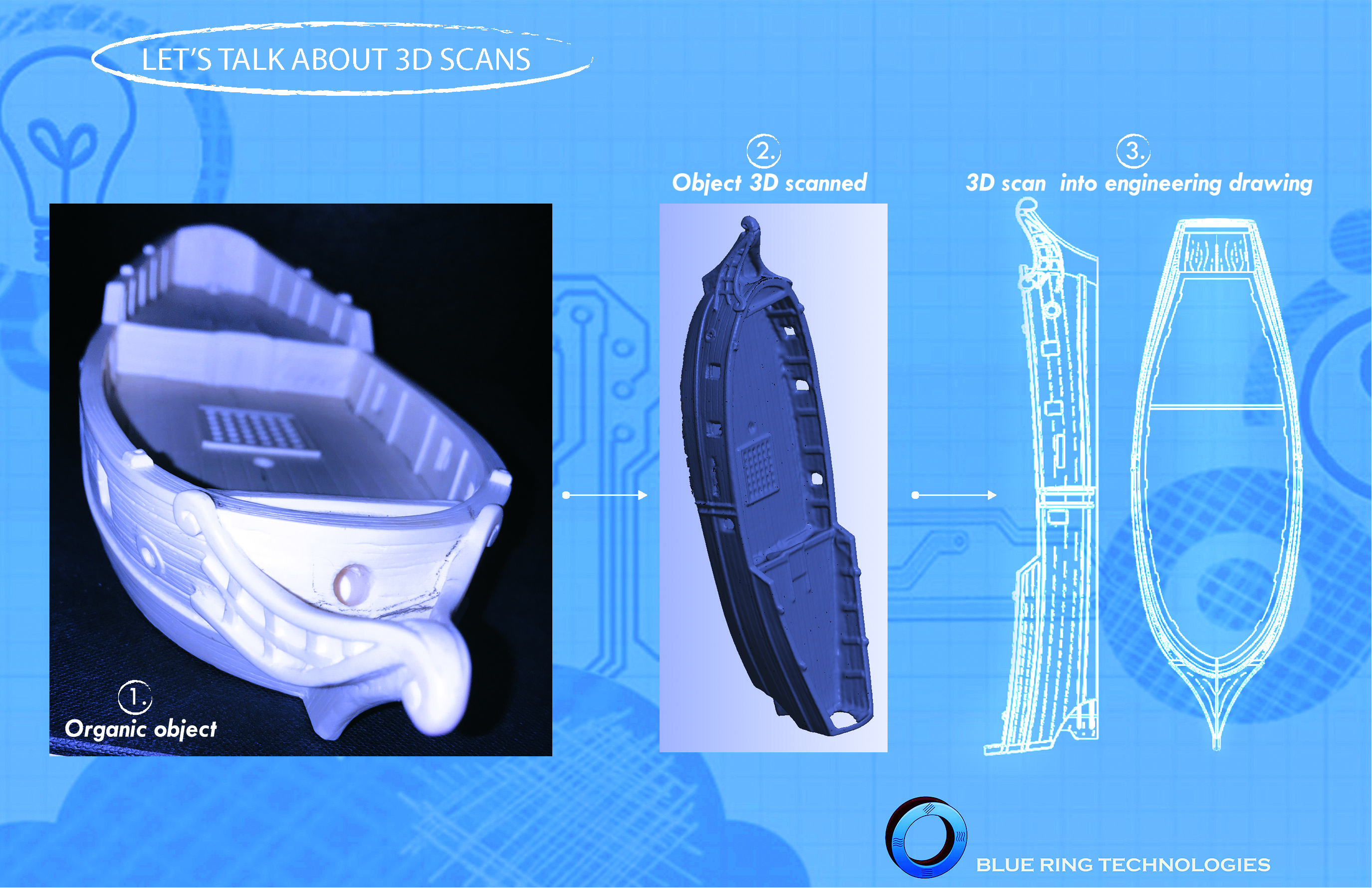 You’ve probably seen 3D scanners in action – on your television. They are often used in documentaries, particularly those related to art, archaeology, or history. Often the depiction in these programmes appears very high tech. The technology used in 3D scanners is advanced, but 3D scanners are incredibly accessible and are used in a range of industries on a daily basis. They improve accuracy, save time, and help deliver a return on investment.

What is 3D Scanning?

A 3D scanner’s job is to capture the shape of a physical object. Most modern scanners use lasers so never touch the object. The scan creates a digital 3D representation of the object that is exactly the same size and shape of the original, including all the details. In fact, good quality 3D scanners can capture very fine details.

Many modern 3D scanners are based on laser technology. The laser in the scanner moves across the surface of the object. This works in conjunction with a series of cameras which captures an image of the object in 3D.

In fact, what the cameras are actually capturing is points on the surface of the object – millions of points for one object, all captured very quickly. All these points are then put back together with a computer programme (such as a CAD programme) to create a point cloud that is the same size and shape as the original object. In other words, a digital version of the physical object.

The practical applications for 3D modelling are wide and varied, and new uses for the technology are being discovered all the time. As a result, 3D modelling is used in a number of sectors including engineering, manufacturing, design, testing, and more. The industries that use 3D scanners include automotive, surveying, medicine, aerospace, marine, art, movie and television production, architecture, the entertainment industry, and more.

Most of these industries and sectors use 3D scanners to create 3D models for:

As with most technologies, the quality of 3D scanners can vary, as can the expertise of the operator. At Blue Ring Technologies, we only use high quality machines plus all our staff are highly skilled and experienced at scanning objects of just about any size or complexity.